Herman Wouk is not usually regarded as a light-hearted writer. Winner of the Pulitzer award for his immensely famous The Caine Mutiny (1951), his fiction often focuses on moral issues and much of it is closely linked to his own experiences serving in the Pacific during World War II. This, at least, is what concerns the Wouk who penned The Winds of War (1971), War and Remembrance (1978), and the notorious court-martial sequence of The Caine Mutiny that made it to Broadway as an independent play in 1953. But there is another, more mundane and highly entertaining side to this often conflicted American writer. 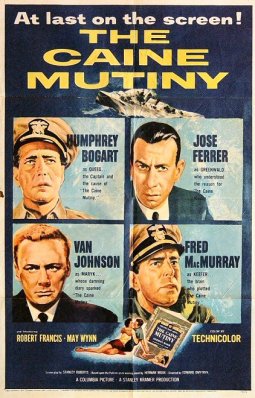 Aware of his reputation as a novelist whose characters are repeatedly faced by “moral dilemmas,” as he put it the introduction to the 1999 reprint of his work about the Caribbean, Wouk warns: “Anybody who finds moral dilemmas in Don’t Stop the Carnival will be shot.” Indeed, Wouk’s introduction goes a long way in setting the jovial and flippant tone he would like to give this novel, disclosing a few of the biographical details that led him to write the book and, perhaps most importantly, dwelling on his relationship with cult American singer-songwriter, Jimmy Buffett.

An unlikely couple if ever there was one, Wouk’s collaboration with the creator of “Margaritaville” was unsurprisingly troubled. “He is a Cheshire cat sort of collaborator,” Wouk says in his introduction to Don’t Stop the Carnival, “with a vexing way of appearing and disappearing unpredictably at long intervals; but when melting away, he always leaves behind a beguiling smile.” Despite the happy feeling, the intended outcome of their venture, a musical based on the novel, only made it to life for a short and largely lacklustre season off-Broadway in 1997. “If our show comes out of the mothballs it will certainly need work. But Jimmy Buffett and I not only had fun, we created something lovely and alive. My sail with the pirate was a tonic. I wouldn’t have missed it for anything.”

A tonic is exactly what the protagonist of Don’t Stop the Carnival, Norman Paperman, needs. Caught in the routine of his life as a press agent in New York, he feels in full the pressure of a bad case of mid-life crisis as he approaches his fiftieth birthday. Pushed farther than most by this sense of entrapment, and aided by the voracious business appetite of his partner in crime, Lester Atlas, Paperman actually goes ahead with the sale of his entire portfolio of clients in order to fund the purchase of a charming if run down hotel in the fictitious island of Amerigo—a place clearly inspired by the peculiarities of St. Thomas, where Wouk owned a hotel for six years in the late ’50s and early ’60s.

The premise of Don’t Stop the Carnival works well enough for the sort of novel Graham Greene would have referred to as an “entertainment”, and indeed, in light of the warning the author himself gives in the 1999 reprint of the work, the action is largely devoid of the sort of ethical tension faced by many of Wouk’s other protagonists. This lack of concern with great ideals certainly helps the pace of the plot, which makes for easy and entertaining reading page after page after page. But what really captures the reader, especially Caribbean readers, is not so much the trivial affectations of Paperman’s fear to grow old but rather the role Amerigo has to play in this situation as the receptacle of Paperman’s expectations and prejudices. In other words, Don’t Stop the Carnival is not a novel about Norman Paperman and his mid-life crisis (that could have unfolded anywhere: in New York, in real-life St. Thomas, or in a similarly fanciful Kiribati): instead it is a novel about Amerigo, seen through the eyes of a New York Jew going through a mid-life crisis.

Wouk pours all the knowledge he accrued over his six years as a hotel owner in St. Thomas in his characterization of Amerigo, successfully building a fictitious place where much of the stereotypically absurd realities that define life in the Virgin Islands come together both entertainingly and vividly believably. Critical to the story is the tendency local cab drivers have to stop in the middle of the road; but equally telling are Wouk’s asides about the cleanliness of the island (or total lack of it); the tradition to let old cars and machinery rot on the side of the roads; the bureaucratic procedures prevalent in local government; the multiple layers of influence within the high echelons of society; the attitude of common islanders in general, hovering between extreme pride and utter nonchalance, and so on and so forth.

The problem with this is twofold: in terms of the actual storyline, Norman Paperman gets to know too much about the chaotic environment in which he has to operate far too quickly. First, he goes through a process of total enchantment that leads to his purchase of the hotel, followed by a period of wonderful expectations, and the hard recognition of the truth—that ultimately not all that shines in Amerigo is gold; Paperman then faces absolute catastrophe (and bankruptcy), is delivered from damnation much in the same mysterious way as he has fallen from grace, enjoys a spell of good fortune, develops the most successful business in the island and finally falls out of love with a place that, all in all, has treated him reasonably well. All in two months.

The fact that this is simply not credible is the least of problems. What is more problematic is that Don’t Stop the Carnival progressively becomes a vehicle for Wouk to voice his understanding of the Caribbean and its society—an understanding he could accrue over seven years, but that Paperman couldn’t possibly have identified over two months. Moreover, the sense of adventure that shapes the tale from the start grows into an action sequence that provides the setting against which Paperman’s decision to quit the island is reached. Wouk’s treatment of the situation, however, makes the denouement feel like the final conclusion of a long and altogether successful process—the end of an era, as it were, or at least of a cycle that has come full circle.

This might well have been the case for Wouk in his own personal bout with island fever, but the sense of achievement that somehow expiates Paperman’s change of heart about the Caribbean comes from having given it a real go and having turned his property into “one hell of a good hotel.” This sympathetic view contrasts with the fact that the protagonist didn’t even last a full season in Amerigo, and that his crowning achievement consisted in successfully hosting one (admittedly big and complicated) party.

Ultimately, Don’t Stop the Carnival is an amusing story about the fringes of society—of an emphatically other society—seen from the perspective of a fascinated outsider. In this respect, Wouk’s judgement emerges as a significant element in the novel’s message. Like Paperman—his alter ego—Wouk is sympathetic towards the Caribbean, but at times his assessment reveals itself too simplistic and even borderline patronising. This is true of much of the characterization of locals throughout the novel, who are often made to seem dim-witted, basic but well-intentioned at heart. The implication, of course, is that Paperman—very much the opposite to a local—is smart and complex, and therefore at least in some sense also superior.

There is, after all, a moral to Don’t Stop the Carnival, tactfully delivered in the final apotheosis. Which is to say nothing other than that Wouk is a writer working firmly within the tradition of the American novel. But he is also a sophisticated and fully confident writer who develops a tasteful sense of humour that runs through the heart of this tale. Subtle and perceptive, Don’t Stop the Carnival offers hours of undiluted fun and shrewd observation that amply compensate for its conceptual shortcomings. Enjoy the ride!

Published by the WEEKender supplement of Sint Maarten’s The Daily Herald on Saturday, April 6, 2013.