Last week, as the French national football team paraded the Jules Rimet trophy along the jam-packed Champs-Élysées before a euphoric multitude, much of the international press highlighted—with good reason—the unequivocal success that the 2018 FIFA World Cup had been for its host nation, Russia. It was the culmination of a month-long PR masterstroke by Vladimir Putin, underscored by the fact that the first scenes of violence connected to the tournament came from Paris, not Moscow, as overexcited fans turned riotous late on Sunday night. Amid so much praise for the stellar organization and the anticipation of Putin’s private talks with Donald Trump the following day, little attention was paid to the hundredth anniversary of one of the most shocking and epoch-defining events of the modern era: the assassination of Tsar Nicholas II of Russia together with his wife, Tsarina Alexandra, their four daughters, Olga, Tatiana, Maria, and Anastasia, and their only son, Tsarevich Alexei, late in the night of July 16 to 17, 1918.

The Tsar, with his family and a small group of his closest entourage, had been kept prisoner since March 1917, when he had been forced to abdicate from the throne. At the time Russia was involved in the bloodiest war the West had ever seen, but it was the turmoil that for the previous two years had been rocking the political foundations of the country which would prove to be the more destructive force. In the thick of the winter of 1917 Russia, and the rest of the West with her, stood right on the threshold of irreversible and extreme change—yet no one was quite aware of it. After Tsar Nicholas had second thoughts about making his son his successor, and his brother Mikhail refused to accept the throne without previous popular consultation, the power vacuum propelled a provisional government to the top, led by Prince Lvov, the head of the Union of Zemstvos (regional self-governmental entities introduced in 1861 by Alexander II as part of his abolition of serfdom). 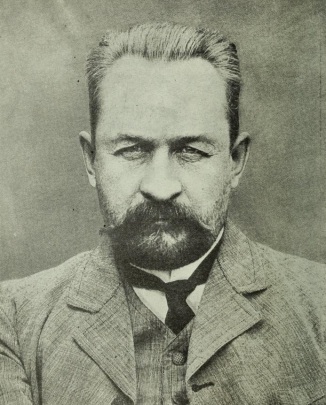 Despite Nicholas’ unflinching faith in his divine right to be the ruler of Russia, it must have been obvious even to him that he would not be able to work his way back to power. At this point, George V of Britain, the Tsar’s cousin through their common grandmother Queen Victoria, was still open to the possibility of Nicholas seeking asylum in England—though in all likelihood a potential escape would have been impracticable. More to the point, the Tsar grossly miscalculated the threat posed to his life (and that of his loved ones) by virtue of his own status and dismissed the idea of escaping. Come the summer 1917 Prince Lvov’s government collapsed and he was replaced by the Socialist Revolutionary Alexander Kerensky, who considered the royal family’s stay in Moscow too dangerous. Kerensky moved the Tsar and his entourage to the remote Siberian town of Tobolsk in August 1917 but no precautions could safeguard his government from the revolutionary blaze that swept through Russia that October, and soon the Bolsheviks found themselves in power.

In March 1918 Lenin, who had been smuggled from Zurich into Russia by the German intelligentsia, signed a separate peace with the Kaiser, and by the end of April 1918 he had the royal family moved to the modest Ipatiev House in Yekaterinenburg, at the foot of the Ural Mountains. By then things had progressed past the threshold of change, drifting far beyond the point of no return. Russia, fresh out of the World War, was mired in a civil conflict that still had not reached the point of polarization: there was the Red Army, which was dominated by the communist faction of the Bolsheviks, but integrated all kinds of sympathizers from the liberal camp; there was the White Army, which was formed by conservative elements, royalist forces and foreign legions; and there was the Green Army, loosely organized in opposition to both camps and at times collaborating with partisan movements in different regions. Within this context, it was only a matter of time before the order arrived from the Bolshevik camp to do away with the Tsar and send out a clear signal to all those opposed to the revolution that the country had severed ties with the past—though undoubtedly the break didn’t have to be quite as brutal as it was.

One hundred years later what is still most terrifying about the Tsar’s calamitous fall from the heights of absolute power to complete ignominy is the abruptness with which it took place. Though the ousting of Nicholas II was predictable, perhaps even desirable, and probably inevitable, the way in which it came about could easily have been very different—and almost with complete certainty any alternative scenario to the one that eventually unfolded would have been less painful to the Russian people in particular and the twentieth century in general.

Analyzing the circumstances that led to the ghastly end of the Romanov dynasty after three centuries at the helm of all Russian affairs is like opening a giant set of Matryoshka dolls: the layers and perspectives are innumerable. We could go as far back as 1861, and Alexander II’s Emancipation Reform, which earned him the nickname of the Tsar Liberator; but that would be just another way of explaining his own murder in 1881 at the hand of a terrorist from the People’s Will organization, a predecessor of the Socialist Revolutionaries and an early promoter of the sort of liberal ideas that degenerated in communism. Blame could be laid at the feet of ill fortune and bad planning in equal measure, for Nicholas II was unequivocally not ready to become the Tsar of Russia when his father, Alexander III died unexpectedly at the age of 49 in 1894. That same year Nicholas married his cousin, Alix von Hesse-Coburg, who in the future would be much reviled for her strong will and her German origins. Also 1904 could be seen as a key year, for that’s when the haemophiliac Tsarevich Alexei was born—without whom the Tsarina would not have despaired in search of a miraculous cure for her frail son. That quest led her to the gates of the mystic Grigori Rasputin, who from 1912 onwards gained much favor in the court. Also in 1904 Tsar Nicholas II chose to wage a war he could easily have avoided against Japan, kick-starting a series of events that would lead to the most humiliating military defeat Russia had ever faced and, in the wake of it, a wave of protests that resulted in the Revolution of 1905. We could look in the direction of Sarajevo, the Archduke Franz Ferdinand and his assassin Gavrilo Princip, for without the First World War there would probably not have been an October Revolution—at least not in 1917.

The reality, however, is that even if all these factors contributed to a highly complex situation both domestically and at an international level none of them were instrumental in the demise of the House of Romanov. Because Nicholas’ first ten years in power were relatively quiet, and it should have given him ample time to learn the nuances of his position, and even if the blunders of the war with Japan unleashed unparalleled aversion to autocratic rule, the fire of the 1905 revolution died its own natural death, and under the guidance of a firm Prime Minister such as Pyotr Stolypin Russia treaded the fine line between concessions to the liberal factions and respect for conservative values. By the time World War I broke out the patriotic fervor that engulfed the country put Nicholas in as strong a position as he had ever been. Things deteriorated after an overwhelming defeat at the end of 1914, and Nicholas’ decision to lead the army personally in 1915 in a campaign that lay waste to vast expanses of the Russian countryside was devastating to his appeal. In his absence Rasputin’s influence at the court also grew exponentially, and rumours abounded of his sexual deviousness and incorrigibly corrupt ways. Then there was the inflation, the shortage of food, the matter of hordes of refugees swamping the cities.

Nicholas II’s reign as the autocratic leader of a united Russia had become untenable by early 1917, but what really damaged the long-term prospects of Russia was his inability to read the situation. Indecisive, insecure and altogether weak, he was the wrong person to bring stability in a time of chaos, yet removing him from office opened the door to a civil strife in which, inevitably, the most ruthless faction would find a way to triumph. Lenin and his unswerving band of Bolsheviks proved to be that faction, though it would take them four years of fighting, avenging, double crossing and coercing to take control of the country—or what was left of it.

By then the Tsar and the Tsarina, their children and most loyal servants had been murdered in the most vicious fashion—so vicious that the news was kept from the public for fear of rekindling sympathy for the most unpopular of characters. The strategy proved successful, but the deed remains so hideous to this day that someone like Vladimir Putin, not the most scrupulous of world leaders by any account, will still contrive to stage the biggest sporting event in the world to take the limelight away from an anniversary that could only discredit his country—and there’s no way the concurrence of the two is purely coincidental.

Published in two installments in the WEEKender supplement of Sint Maarten’s The Daily Herald newspaper on Saturday 21 and 28 of July 2018.