In the midst of the whirlwind that was 2016 little time was devoted to the departure of one of the most peculiar and non-conformist intellectuals to have contributed to the western canon in the second half of the twentieth century: Dario Fo, Italy’s tireless agitator, was at the most disquieting edge of the cultural establishment from the early fifties to the very end of his life but given his age—he turned 90 earlier in 2016—and the incessant feed of cataclysmic news that for months has kept us under the anxious impression that our entire conception of life is on the verge of collapsing Fo’s death this past October 13 slipped almost by default to the backend of newsreels and newspapers, leaving the mark of a mere footnote in the almanac of major events around the world. Except in Italy, that is, because in Milan, his adopted home, the Earth ceased spinning for 48 hours as thousands upon thousands disregarded the foul weather, a behavior more befitting the stubborn Brits that the intemperate Italians, and flocked en masse to the burial chamber at the Piccolo Teatro before flooding the Piazza del Duomo, a sea of umbrellas combining to create a colorful and improvised display of collective affection for a beloved performer whose whole production and ethics was always close to the people.

Born in 1926 in a small town on the eastern banks of the Lago Maggiore in the province of Varese, just north of Milan, Fo’s journey uncannily mapped his country’s progression from the dark recesses of World War II to the miraculous recovery of the postwar years, back into the turbulent waters of the Years of Lead and the subsequent peace process that brought Italy back to the future. Caught in the ever-chaotic dynamics of Italian politics, Fo and his family found themselves in the heartland of Mussolini’s Socialist Republic of Italy, following the fascist leader’s overthrow from power by King Vittorio Emanuele in July 1943, which effectively plunged the country into a civil war. After turning 18, Fo enlisted voluntarily in Mussolini’s army, spending much of the final year of the conflict between the anti-aircraft division of Varese and the para squadron of Tradate. It was an episode that three decades later would erupt into a public scandal and a prolonged legal wrangle­­­­—by then, however, Fo’s credentials as a genuine stalwart of the Italian anti-establishment left had been validated beyond doubt. 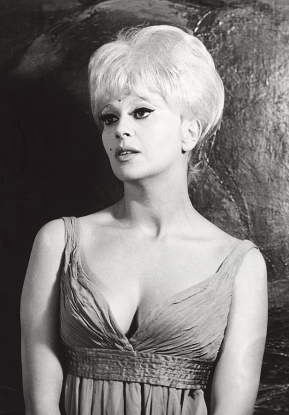 Indeed controversy was never farther than a sketch away with Fo, from the very beginning of his career. His first breakthrough came on the radio, airing a series of satirical monologues titled Poer nano (poor little one) which recreated familiar scenes from biblical or classical sources, spicing them with irreverent, comical and often even incongruous details. Predictably, he pushed too far and the show was cut short after 18 episodes, but at RAI, Italy’s state media company, he met the fabulous Franca Rame, a gorgeous, exuberant and talented actress who would become Fo’s wife in 1954 and who remained his lifelong partner both in business and love.

Pantomime, monologues and other such light entertainment remained the focus of Fo’s interest throughout his career, even if he delved into a vast array of genres over the years. His first one-act play, Corpse for Sale from 1958, perfectly illustrates the value Fo found in short and simple structures as the piece progresses quickly and relentlessly into a vortex of emotion. A plain plot—two swindlers scheming to clean out a simpleton playing various games of cards­—combines with few and seemingly flat characters in order to focus on the action, much as in traditional story-telling. The apparent lack of depth in the characters lends itself for a series of unlikely and amusing twists to follow, with cunning emerging as the central and most valuable asset. Using laughter as a device to secure his audience’s attention, Fo takes poetic license, sidesteps all concern for realism or even verisimilitude, and builds a clever script that is easy to follow—essential when you’re bent over laughing—and yet contains a clear and lasting message, the proverbial moral that is central to the genre of children’s literature.

For Fo art isn’t something that exists in isolation but rather a notion that must necessarily be connected to real life. The didactic dimension of Fo’s art is ever-present in his production and at the core of his concern. This is true of his more elaborate work, as well as of his popular TV shows, such as the notorious Canzonissima, which he produced together with Franca Rame in 1962 on behalf of RAI 2. Repeated altercations with the censorship agency, however, brought yet another tempestuous end to Fo’s relationship with RAI and ultimately resulted in his first ban from television, which extended until the late 1970s.

Exiled from the TV sets, Fo and Rame turned their attention fully to the theater during the 1960s. But Fo’s disillusionment with the establishment went a long way further than the sphere of Italian politics, where he felt betrayed by the center-left coalition government. Disaffected by his experience with mainstream theater, and perhaps also infected by the revolutionary bug that spread so spectacularly across Europe in the second half of the 1960s, Fo and Rame set up their own theater co-operative in Milan, which they named La Comune and which put to practice the anarchic-Marxist theories that so enthused the couple at the time.

The emergence of La Comune coincided with the rise of armed militancy in Italy (and elsewhere in Europe), with groups such as the Red Brigade carrying out atrocious acts of terrorism in the name of extreme political ideologies and local and national authorities engaging in similarly extreme instances of abuse of power. Inevitably the situation spiraled into the impossible routine of violence that in Italy came to be known as the Years of Lead. Within the context of this very bloody class struggle Rame set up a support organization called Sopporto Rosso (red support) which provided legal advice to individuals in need and actively sought to raise funds for anti-imperialistic initiatives such as, for instance, the occupation of buildings and factories.
This was the context that served as inspiration for Fo’s creative climax: his most celebrated work, Mistero Buffo: Giullarata popolare, premiered in October 1969 not at a theatre but at the Casa del Popolo, literally the people’s house, a gathering place organized as a free cultural and leisure center tremendously popular in Italy. Mistero Buffo is structured as a series of monologues which, like Corpse for Sale, focus on the action, on the tale narrated, and which again favor humor over realism to reach a didactic conclusion. The subtitle of the piece, Giullarata popolare, gives away the medieval origins of its inspiration as it refers to the songs recited by the jongleurs of old, (giullare in Italian, giullarata being the words they spoke) itinerant minstrels who, unattached to either court or noble family, went from town to town entertaining people with their songs. Hence, in Misterio Buffo Fo is able to combine the rich tradition of the Middle Ages, so remote it almost gains subversive meaning, with laughter, as old an instrument as there is in human communication, to create a paradoxical piece of protest and resistance. As a matter of fact, everything about Mistero Buffo is insurgent, from the very title, shared with Mayakovsky’s 1921 revolutionary play Mystery-Bouffe, to his interpretation of classic texts (he recycles, for instance, one of his Puor nano sketches, lampooning the tale of Cain and Abel), the use of vernacular dialects from the Po Valley region (historically regarded as the unlearned people’s language, as opposed to “high” Italian, which clearly has more cultural clout), to the ultimate form of literary rebellion: writing a rich and complex piece which can only be communicated orally (reading Misterio Buffo must be an absolute nightmare).

Fo followed Mistero Buffo in 1970 with what to this day remains his signature play: Accidental Death of an Anarchist. Still irreverent, satirical and indignant, the play creates an imaginary setting in which the defenestration of an anarchist by the police is uncovered as a criminal act. Read out of context the plot verges on the absurd, and Fo’s contempt for the institutions of power rings tiresome. But Fo cannot be read in isolation, and when you realize that the anarchist in question was actually called Giusseppe Pinelli, that he met his end as he tumbled out of the window of a police station in Milan, and that he was being held there as a suspect of the famous Piazza Fontana bombing the previous year, which claimed 17 lives and injured 88 others, then timbre of Fo’s farce gains an entirely different dimension.

As is to be expected, the rancor, the suspicion, the rage engendered by so much violence could not lead anywhere good. This stands for Italy as much as it stands for its modern-day giullare: in 1972 the city of Milan refused to renew La Comune’s lease of the Capannone theater where it operated, effectively leaving the cooperative orphaned. In 1973 Franca Rame was kidnapped and gang raped by a group of neo-fascists, later discovered to be acting in the knowledge of the police. Soon thereafter La Comune was dissolved, though Fo set up another cooperative and occupied an abandoned building in Milan, the so-called Palazzina Libery, which the company would hold on to until their forced eviction in 1979. By then, however, Italy had entered its most traumatic postwar moment, as former prime minister Aldo Moro was kidnapped and executed by the Red Brigade in 1978.

Fo’s fame grew outside of Italy in the 1980s, both as a playwright and as a committed activist—so much so that he was refused entry to the USA repeatedly between 1980 and 1985. His plays, however, could not be detained at border controls and were performed across Europe and the Americas. Fo’s transition from the outskirts of the outcast to the center of the establishment had begun: the doors to RAI’s television sets were opened once again, he was offered a position at the university of Rome, and even proposed for the Nobel Prize.

When the Swedish Academy finally relented in 1997 and made him the first Italian laureate in over two decades the most turbulent period in the recent history of Italy was also brought to an end. Like Bob Dylan, Fo was an unusual, almost a defiant choice, not so much because of his convictions but rather because the essence of his work is the performance rather than the written text, an artist deeply indebted to an art form, oral tradition, which is undoubtedly connected to but equally undoubtedly other than literature. Unlike Dylan, Fo was delighted to win the prize and was vociferous about it. He was delighted for the vindication it entailed, no doubt; but he was also delighted because it earned recognition for those who inspired and even trained him, all the anonymous storytellers from his region who for centuries have gathered around the fire for no other purpose that to spin a yarn; but above all he was delighted because at the end of a journey full of hatred and violence he had emerged victor with the most threatening and effective weapon he could conceive of: humor and laughter. Twenty years later and a few months after his death this is a lesson worth remembering.

Published by the WEEKender supplement of Sint Maarten’s The Daily Herald on January 6, 2016.