From the 1930s to the 1960s the West Indies underwent a period of unrest and reorganization that promoted the emergence of both national identities and a collective sense of self-awareness. It was a time of struggle but it was also an exhilarating moment of seemingly endless potential during which a future distanced from the colonial motherland was for the first time seriously contemplated. Anguilla, ever the exception in the region, was not immune to the sentiment, but given its size, scant population and complete absence of industry, it remained a passenger through most of the process. At least, that is, until the experiment that was the Federation of the West Indies threatened to perpetuate the pairing of Anguilla with St. Kitts in the form of the “dependency” of St. Kitts-Nevis-Anguilla. Though Anguillans, utterly dissatisfied with this arrangement, demanded the dissolution of said dependency in 1958, the request went unheard. Consequently, when the Federation of the West Indies collapsed four years later, and all hopes for a grouping of the so-called “Little Eight” also failed in 1965, Anguilla was left to fend for itself in a mismatched and ill-advised association with the far larger, distant and altogether different island of St. Kitts. In other words, the foundations of the Anguilla Revolution had been laid.

Powerless before the law and still confident in the goodwill of the colonial master, Anguilla exhausted all institutional avenues for the British government to at least entertain the thought of dissolving the union between St. Kitts, Nevis and Anguilla but in London hardly anyone—and certainly no one of consequence—noticed. It was only in 1967, once it became obvious that plans to grant St. Kitts-Nevis-Anguilla the status of associated state, essentially a self-governed entity which would rely on Britain only for issues of foreign diplomacy and safety, would go ahead that Anguillans resolved to take proper action.

Of note in particular was the islanders’ refusal to indulge the British envoy, Peter Johnston, in his rather ill-judged attempt to discuss issues of local government with Anguilla’s representative, Peter Adams, in January 1967. Similarly remarkable was the sabotage by a substantial group of islanders of the queen pageant held on February 4 1967 to celebrate statehood. Robert “Papa” Bradshaw, a former labour unionist who enjoyed cult status in the cane-rich St. Kitts but lacked any sort of clout in the barren and neglected Anguilla, had organized the event—almost a deliberate provocation—as a means to keep the rowdy children of Anguilla happy with a big party. Instead, he found that Anguillans devised their own plans to have some fun, pelting the school with rocks during the event, wrecking the generator, and staging a scene of chaos and violence that sent chills down the spine of half the island. But no one had ever listened to Anguilla before, and Bradshaw wasn’t about to start now: on February 27 1967 the associated state of St. Kitts-Nevis-Anguilla was officially formed, thus confirming the annexation of Anguilla to St. Kitts in a relationship that practically made the former a colony within a colony.

This was the state of affairs and the general mood on May 29 1967, when a popular meeting was convened at Burrowes Park, nowadays known as Ronald Webster Park, by Peter Adams, Ronald Webster and Atlin Harrigan. The response was overwhelming, as hundreds of people congregated to vent their frustration. Spontaneously it was decided that the crowd would march to the police station, where demands were made for the full task force to leave the island. Since it was late in the afternoon, the evacuation would have to wait until the following day but, sure enough, on May 30 1967 the Anguillan mob succeeded in shipping the police out of the island without one shot being fired.

Fearing immediate retaliation, Anguillans blocked the dust-and-tarmac strip at Wallblake Airport with cars, trucks, boulders anything available, really, to prevent any planes from landing on the island. The next step, urgently taken that very Tuesday May 30 1967, was the creation of a Peacekeeping Committee that would take provisional care of the affairs of the island. The committee consisted of fifteen influential members of the community and included, as well as Peter Adams, Ronald Webster and Atlin Harrigan, the likes of Walter Hodge, Charles Fleming, Wallace Rey and Emile Gumbs. 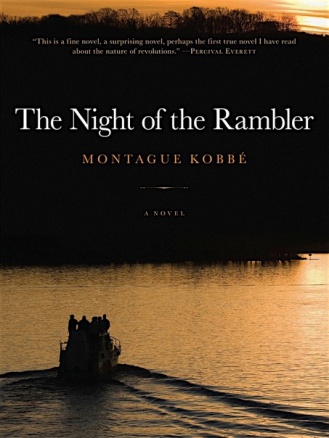 The Night of the Rambler novelises the Anguilla revolution

Peacekeeping Committee or not, Anguillans’ greatest fear remained invasion by St. Kitts, so a network of coastline guardsmen was deployed around the island to keep any potential threat at bay. Indeed, so obsessed were Anguillans with the (very real) danger of invasion that almost immediately rumours circulated that Kittitian spies had infiltrated the island overnight. At the same time, a clandestine and frankly uncanny plan to carry out a coup in St. Kitts was being hatched on the eastern portion of the island. Indeed, on the night of June 9, less than a fortnight after the expulsion of the police task force from Anguilla, an expedition of sixteen men departed Island Harbour on the motorboat Rambler to land with guns at Half Way Tree in St. Kitts and encourage the local population to turn its back on Bradshaw and put in place a new government more in tune with the times (and more sympathetic to the Anguillan cause, of course).

The shambolic attack succeeded only in getting half a dozen Anguillan freedom fighters captured and imprisoned in St. Kitts for months. But some battles are best lost, and if none of the immediate strategic goals were achieved on this occasion (thankfully, since a number of them would have involved extensive bloodshed), in the medium term the maverick initiative bought Anguilla time. And time was precisely what Anguilla needed: by the time Bradshaw was ready to turn to the rebel island, Anguilla had already held a referendum—1813 people voting for secession, 5 voting against—and had caught the attention of the outside world.

Which is not to say the issue was settled—not even close—but Anguilla had at least forced a stalemate. In St. Kitts, Bradshaw was confident that the provisional government would be unable to sustain the economic burden of going it alone once the postal and banking services, both originating in Basseterre, of course, had been discontinued. Thanks to the cunning of many local and foreign supporters, as well as to the generosity of Ronald Webster, that is precisely what Anguilla did, forcing the British to finally intervene in March 1969. By then the question of annexation to St. Kitts was mute: if one thing united Anguillans it was their unanimous rejection of that option. So, through much diplomatic and political brokering, Anguilla officially returned to the colonial fold in 1980—the decisions that really shaped people’s lives, though, had been taken long before, and it all began exactly fifty years ago.

Published in issue number 17 of Design Anguilla in the summer of 2017.