The First World War was a conflict of such monumental – unprecedented – magnitude that it pervaded, and in many senses transformed, the culture of every nation in Europe, and their respective circles of influence. Interestingly, though, the Great War is almost like the Holy Trinity in that it’s singular and plural at the same time, one war involving many parties, yet so different in its significance, in the way it was experienced, in its outcome for those very parties, that it becomes manifold.

For the Austrian Emperor Franz Joseph, the war provided an opportunity to make up the ground, both territorial and in terms of global influence, lost when the Italian provinces split from the empire in 1859; for the Prussian Kaiser Wilhelm of Germany, it represented the culmination of Prussia’s 150-year-long ascendancy to the status of world power; for France it was the long-awaited chance to exact revenge from Germany for the humiliating defeat of the 1870-71 war; for Russia it was a convenient matter of Slavic pride; and for Britain it was a strategically unavoidable, though entirely foreign, conflict which nevertheless could lead to irresistible colonial gains.

Italy’s attitude toward the war was ambivalent from the start. Formally compelled to intervene in favour of Germany and Austria were either of the two countries to be attacked, Italy found itself in a situation comparable to that of the United Kingdom, which had entered upon a similar alliance with France and Russia. But the Italian king, Vittorio Emanuele III, knew all too well that a devastating defeat, a defeat of the kind that only a mega-war such as this one could deal, would constitute a crushing blow for a country that had forged itself one bloody battle at the time. Consequently, Italy withheld its support for either of the warring sides throughout the best part of the first year of fighting, which is why in Italy this is still today referred to as the War of 1915­–18. Only once it became obvious that “the war to end all wars” would not be a fulminating affair of several months did the Italian diplomatic machine engage in openly secret negotiations with both the Austrians and the British. Ultimately, however, the temptation of dispossessing Austria from its remaining predominantly Italian-speaking regions, Trentino, South Tyrol, Trieste, Istrya and Gorizia, meant that Italy was always going to side with the Allied Nations in the end.

Almost immediately after Italy declared war on Austria in May 1915, it became obvious that the Italian front posed unique challenges, for this was not a clash of armies along a river bank or in the vast plains of East Prussia: this was a modern war, a war of artillery and trench lines, fought in the unlikely context of the Alps! The Italian campaign is remembered for the horrendous Battle of Caporetto in October 1917, where the combined German and Austrian forces triggered a major Italian retreat through the extensive use of poison gas, and for the decisive Italian victory at Vittorio Veneto one year later. However, the most clamorous evidence of just how futile, how absurd, the war in Italy was is the fact that prior to the Battle of Caporetto there had been eleven (eleven!) other battles along the Isonzo River over the previous 30 months which had resulted in more than a million combined casualties – and in a military deadlock.

Despite this circumstance, the Great War did not have the sort of cultural repercussions in Italian society that could be felt in France or Britain, where the likes of Siegfried Sassoon, Robert Graves or Henri Barbeuse were stirring public opinion with their writing. And that despite the fact that the cultural elite in Italy had embraced war as a modern form of natural cleansing, a vehicle to pair with the new industrial revolution towards the creation of a better, faster, more dynamic future. But the Italian Futurists, like their English counterparts, discovered that a cataclysmic war was not so much a thing of beauty as a thing of grief, and it’s hard to hail the advent of a new era among mourning, frustration and sadness. 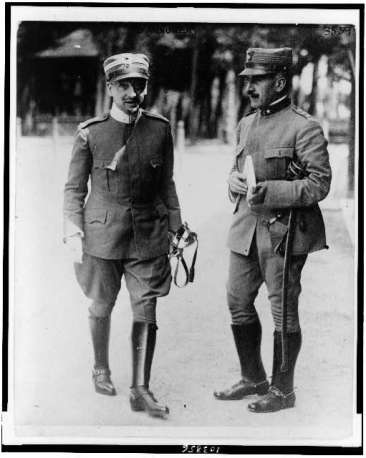 Another modernist celebrity to publish his very personal vision of the First World War was Gabriele D’Annunzio, who that same year, 1921, brought out Nocturne, a fragmentary and almost dizzying  work in prose that brings to life the reveries and hallucinations he experienced after his plane was shot down during a mission in 1916. D’Annunzio lost an eye in the ensuing forced landing and he turns this circumstance into a literary artifice as the badly injures and ineffective eye becomes a conduit for visions and sensations that immerse the reader in a world of literary experiments and messianic expectations.

While Marinetti and D’Annunzio were always going to produce deeply personal and idiosyncratic depictions of the war, the young Curzio Malaparte, who was still to make his name, published the long essay “Viva Caporetto!” in 1921, a damning account of the ineptitude of the Italian army in the run-up to the Battle of Caporetto which was meant to shift the responsibility of the massacre onto the hierarchy of the army and which time seems to have swallowed without trace, because I’ve forayed into the most unseemly second-hand bookshops over the past few months looking for a surviving copy, to no avail.

In any case, the discourse surrounding the Great War would change irreversibly in Italy with the ascension to power of the ultra-nationalist Benito Mussolini in 1922. So much so that even today the most famous novel about the war in Italy is A Farewell to Arms, a tragic love story by Ernest Hemingway. In reality A Farewell to Arms is all about what happens away from the Italian front, as the protagonist gets injured barely 50 pages into the book and spends the bulk of the novel developing an intense relation with his nurse. But Hemingway’s experience in Italy and his impeccable powers of observation provide the reader with an insightful commentary of how the First World War was lived in Italy. He only devotes a few lines to Vittorio Emanuele, but his mordant style strips the King to pieces in less than a breath, and brings to life the unhelpful competition there was between him and the Duke of Aosta. Moreover, Hemingway is sympathetic not only towards the Italian cause but in fact towards Italians in general, and yet he exposes the idiocy of war (at least of this war) and the triumph of fanaticism in an army that simply was not up to its task. The fact that Hemingway’s plot leads the narrative in this direction is, of course deliberate as well as helpful, but the best moments in A Farewell to Arms are not the moments of action – rather, they are the subtle undertones that build up the reader’s expectations towards the chaos and the slaughter that eventually ensue.

In this respect Hemingway foreshadows some of the outstanding aspects of what still today remains Italy’s most popular textbook about the First World War, Emilio Lussu’s memoirs A Year on the High Plateau. In the preface to the book Lussu explains that he had spoken about writing this book many times with his friend Gaetano Salvemini but had never ventured to actually write it until Salvemini warned him that he would break up their friendship unless he focused on it in earnest. This was in 1936, in the think of Mussolini’s dictatorship and with the next big war looming in the horizon. Lussu took the threat seriously and put to paper his recollection of what had been just one year of the war. The book starts in 1916, with the war well under way, and end one year later, with the end of the war still to be determined. But Lussu’s intention in his memoirs is not to give an account of the great events of the war, but rather to depict the way a middle officer such as he experienced it. The result is predictably grim, and I’m not talking about the literary merits of the book. 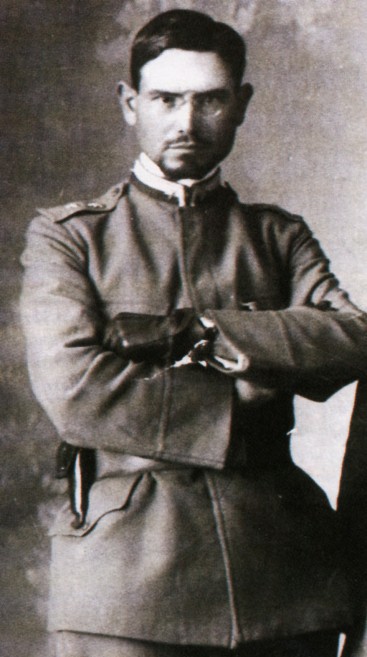 A Year on the High Plateau starts with a mission in which the narrator describes the land around him as a collection of memories, each of a different combat or fallen friend. Instead of conveying the reader a series of platitudes about the misery of war, however, Lussu delves deeper into the tragedy of the Italian front. For the problem here is not that there is a war at all – that, after all, is what armies are made for. The problem made evident in A Year on the High Plateau as well as in A Farewell to Arms is that there was a complete disconnection between the expectations of those making the decisions – the higher echelons of the army – and those actually fighting the war, peasants, students, also middle-rank officers who come to feel greater empathy with the enemy sitting, just like them, in their trenches just 50 metres away than with the political and military leaders in whose hands their lives were. Great human sacrifices for strategically useless objectives and exemplary punishments for minor offenses build the bulk of Lussu’s account, which end very much as it begins, with the fateful words, “the war had begun once more”.

And yet, both Lussu and Hemingway are of one mind in the fact that there were worse experiences than the Italian one between 1914 and 1918. Lussu makes a point of highlighting the beauty of the Alps, of the environment which had to withstand all this bloodshed. Hemingway, in typical fashion, takes it one step further:

“It’s a silly front” she said. “But it’s very beautiful”

“This is the picturesque front” I said.

“Yes” she said. “People can’t realise what France is life. If they did, it couldn’t all go on.”

But on it went. Until it didn’t.

Published by the WEEKender supplement of SInt Maarten’s The Daily Herald newspaper on Saturday November 4, 2018